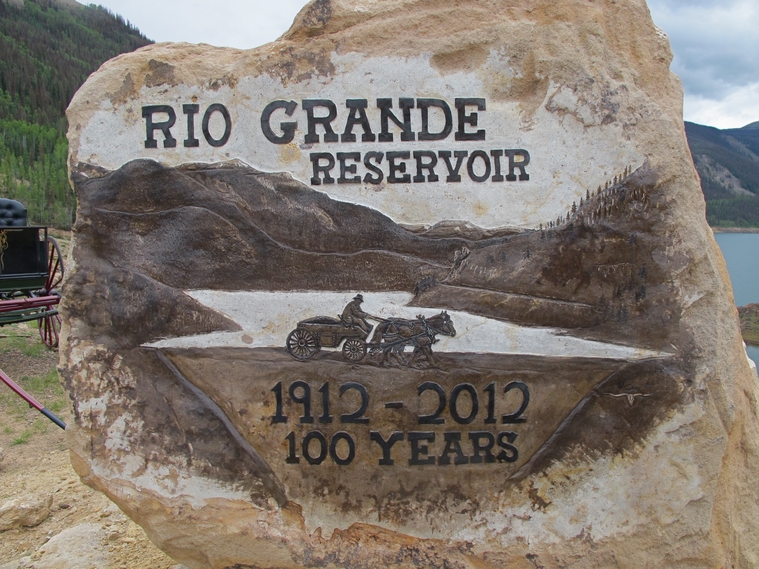 Some of the highlights of the eventful day included​​​ great food, live music, warm conversation, a historical museum, water trivia, a costume contest, and a wealth of guest speakers:

San Luis Valley Irrigation District Superintendent Travis Smith began the brief program by thanking Hinsdale County Road and Bridge Dept. for doing a great job on the road leading to the Reservoir. Mr. Smith also credited the SLVID Directors past and present for their "vision and courage,"​ District employees, landowners, and members of the rehabilitation team, noting "this is a celebration about the people who made the Reservoir happen."​

Russell George, past Colorado State Representative and current President of Northwestern Community College talked about the importance of water. He stated "water is everything...without it, nothing." He also noted no water problem exists which can't be solved by storage. He said Rio Grande Reservoir was constructed during a time when individuals with foresight, courage, and vision "took big risks."

Mike King, Executive Director for Colorado Department of Natural Resources told the sizable audience "men and women with horses literally scratched this into the earth....today, we're enjoying the foresight of their efforts."

Senator Gail Schwartz feels Rio Grande Reservoir "preserves the life style and economy of the San Luis Valley."​​​​
​​​
Erin Minks, Regional Director for Senator Mark Udall's Alamosa office, stated "it is not only rocks and steel which made the Reservoir, it's the people."